We Have Seen the Enemy, and it is Plastic 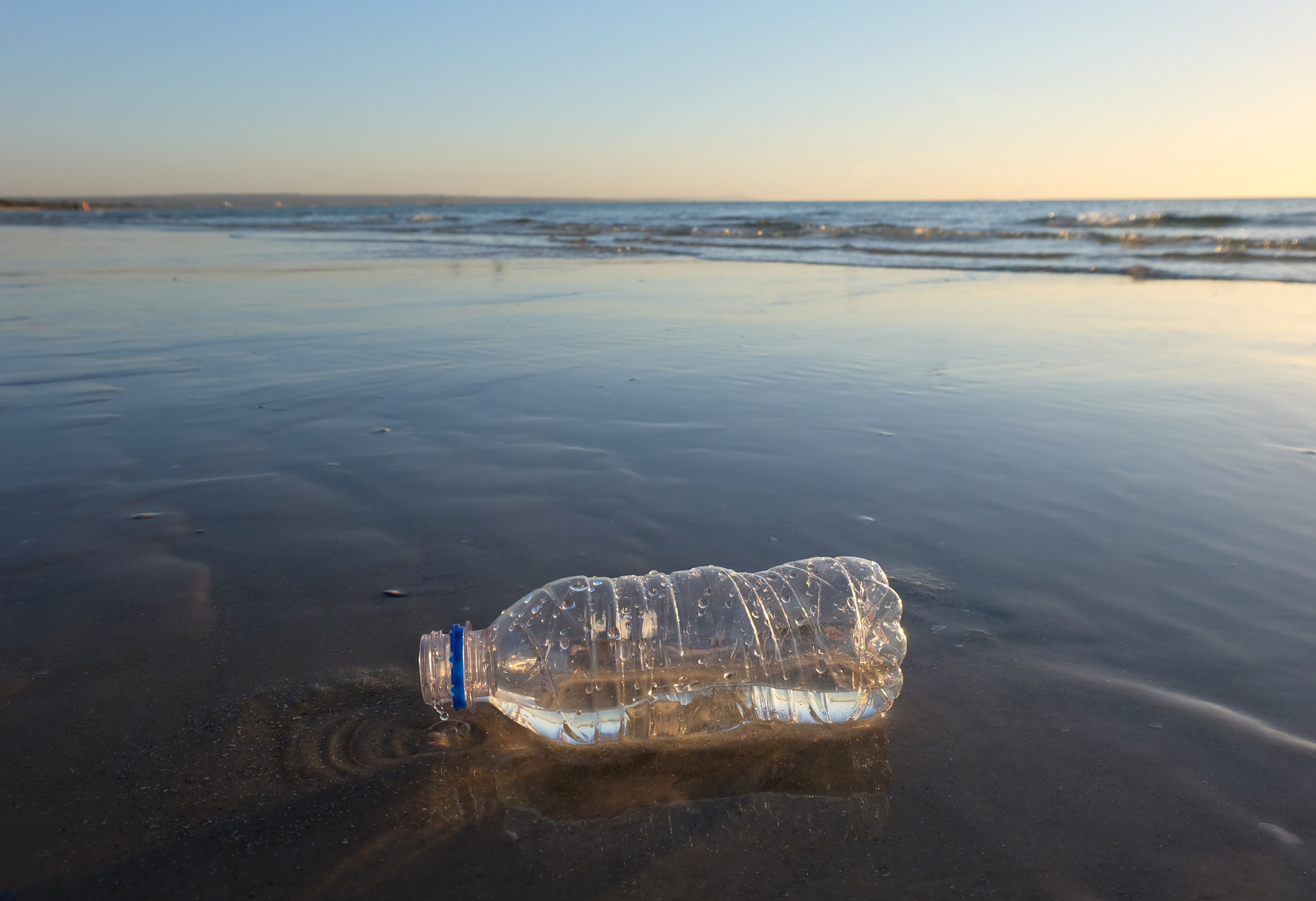 Single-use plastic water bottles stink, right? They’re the worst. If someone came up to me and told me this, I’d roll my eyes and say, “Of course. Any environmentalist worth their soil says so. They’re gross and use fossil fuels and end up in the oceans and rivers. Turtles eat them and stuff. They’re very bad.”

But let’s be honest; we’re way past that by now.

At this point, saying plastic water bottles stink is like saying we need to ban plastic straws or something. Yeah, sure, that’s great and all, it’ll help the oceans a little, but it’s missing the point. It’s easy to look at plastic water bottles or other single-use plastics and label them as the devil’s tool (a stance I admittedly often take), and I will literally dehydrate myself before I buy a bottle of water from the gas station. But what’s easy to blame isn’t always the culprit; for example, that gas station selling the plastic water bottles, the one I have no problem using to fill up my car, uses tenfold more resources than any plastic water bottle I might or might not buy.

And for me, it’s easy to not buy single-use bottles. Where I live in Illinois, the most basic necessity of life spits right out of a pipe in my house and I don’t think twice about it. I can go to any department store and buy a reusable plastic water bottle — or better yet, a reusable metal one — and fill it up with clean, life-giving water any time I please. And I can get two of them, four of them, 500 of them, for all it costs to me, and fill them up and stick them in my basement and have water for months.

The plastic bottle business is perpetuated by people who stand to make a profit from plastic. But at the same time, there are people who, if they can’t get their hands on a single-use plastic water bottle, will die. 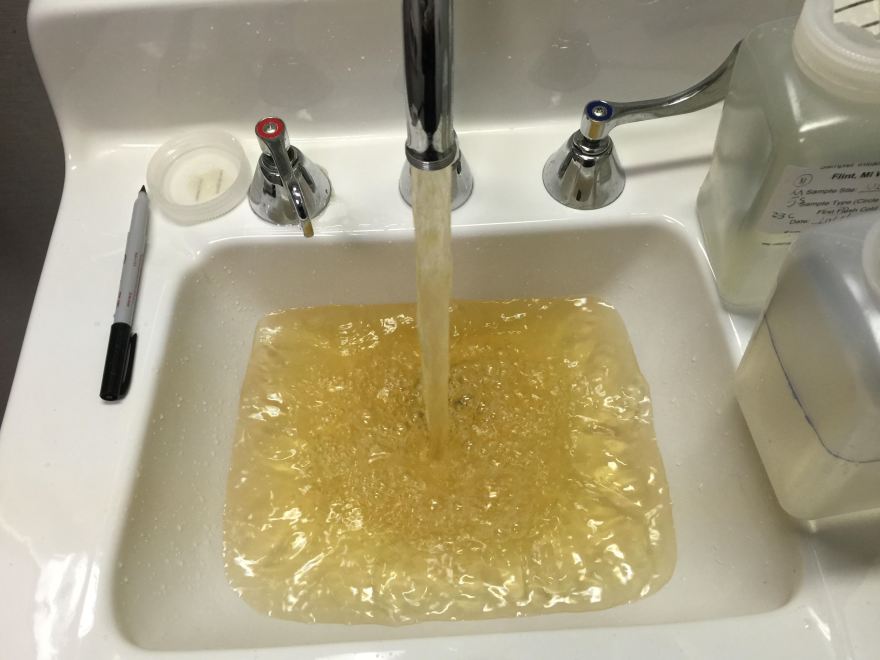 This isn’t some sort of hypothetical statement, or one of those generalized statements about some “third world” country. This is happening right now, all the time, in our own communities. All you need to do to find the most newsworthy example is look north to Flint, Mich., which is still in a water crisis, with residents unsure if their tap water is safe to drink.

People living near reservoirs poisoned by algal blooms must turn off the sinks. There are towns with tap water you can light on fire from all the fracking and gas production; it’s so well-known that The Simpsons even had a bit on it. Sometimes water just straight up runs out. What are all these people to do if they can’t use their own water? Buy water bottles.

What other choice do they have, really? On one hand, you have toxic tap water, and on the other hand, you’ve got a clean, plastic bottle that hides its environmental costs behind cheap prices and being “recyclable.” And it is recyclable only in theory, as mountains of plastic recycling are never actually recycled, and are instead just buried in a landfill as garbage —  or worse yet, left to rot out in the wilderness, picked up by wind or rain. The bottled water industry does a lot to hide its dirty secrets, like the fact that it’s mostly just bottled tap water, no mountain springs involved. They’re great at hiding the trash that they produce, too.

Plastic water bottle litter is at the back of most Americans’ minds, but try telling Mexico, with its massive water bottle litter problem, that plastic bottles aren’t an issue for scenery and cleanliness. You could make a great case for reducing single-use plastic bottles with Mexico as an example. Mexicans are the single largest consumers of bottled water in the world, and therefore one of the single largest receptacles of bottled water trash. Scenes of trash-strewn deserts, alleyways overflowing with tossed bottles, little children playing with plastic bottles, homes and walls built out of collected garbage — it all makes for a great media campaign about how stopping plastic bottles will save the world. But for all that buzz, there’s a reason that Mexico imports so many plastic bottles of water: The citizens can’t trust their tap water. If you take away bottled water, and there isn’t a safe drinking alternative, what are they supposed to do? Die?

If you ask me, the kicker is this. Somewhere, somehow, way up the chain of command, someone who doesn’t have to worry about where their water is coming from is making money. And making a lot of it. A quick search suggests that James Quincey, CEO of Coca-Cola, the producer of Dasani water, has a net worth of about $45 million. Okay, that’s chump change when you compare it to the likes of the mind-bogglingly rich, like Jeff Bezos, but that’s still 45 million dollars. Then again, deeper digging is a little more damning. It’s estimated that James Quincey was awarded around $18 million in total compensation as CEO of Coca-Cola in 2019 alone. In just one year, he got enough money to buy 50 average-sized American homes. I can say with certainty within two standard deviations that anyone reading this will never, ever, in their entire life, have that much money at once. And that’s one guy.

Sure, it’s Coca-Cola, so the money isn’t all coming from plastic bottles. But that doesn’t change the fact that the bottled water industry is a billion-dollar industry, and most of those billions of dollars aren’t going to fund new drinking water infrastructure. Those dollars are lining the pockets of very wealthy people who are making a great deal of money off the backs of people who may not have any other means of accessing clean drinking water. And these very wealthy people are almost always, with some notable exceptions, white, male, and English-speaking. That’s odd — it’s almost like you could use bottled water as a tool of neo-colonialism, fattening the rich white men while charging the poor, predominantly people of color for a resource that should be a human right.

This doesn’t excuse, nor should it distract from, bottled water’s awful health track record. Plastic bottles, and most other plastics of that similar composition, produce microplastic beads as they break down in UV light, and those microplastics and bisphenol A and whatever other chemicals leach out from the bottles into the water eventually end up inside somebody. Maybe it’ll be a fish, and that plastic-stuffed fish will end up on someone’s dinner plate. Or it’s just in the bottled water itself, silently and stealthily contaminating a source of drinking water that’s supposed to be as pure as possible. There’s no escaping the grasp of plastic now; whether we like it or not, it’s already everywhere, even in the deepest parts of the ocean.

Single-use plastics are both an environmental issue and a human rights issue. Credit: Streetwise Cycle via Wikipedia Commons.

And don’t forget that making water bottles is a mess, too. Producing single-use plastics is incredibly cheap and energy efficient compared to multi-use anything, but more often than not, the dirty work of refining the oil, creating the plastics, melting and shaping the bottles, and breathing in all those toxic fumes is all outsourced to poor areas. Oil refining and plastic production use so many different acids, solvents, burners, oxidizers, and countless others that end up in the bodies of the people who work with them. And those that don’t end up in the product or in the workers ends up in the nearby environment. Imagine someone out there right now who works in a plastic bottle factory, making bottled water, and is forced to buy and drink bottled water because the plastic bottle factory is dumping sludge into their river. It’s a self-feeding cycle that can’t grow forever.

But for all the plastic out there, and as convincing an argument as it is to cut out single-use plastics to save the turtles, it could just as easily be reframed as a human rights issue. Water is life; it makes up 70% of us, and if we don’t get any for three or so days, we die. If someone lives in an area without access to any of the water that I personally take for granted, bottled water might be their best bet. Their only bet. But someone, too, is going to make a lot of money from charging these people for water. The industry grows because it’s filling a need that, in some cases, it creates. And the circle remains unbroken, and we get giant floating trash vortexes in the Pacific Ocean.

What’s there to be done, then? You can swear off plastic bottles and other single-use plastics, as I attempt to, but that won’t do nearly enough — even though it’s a great start. Influencing local and national politics is a better option. Petition your town to put a ban on watering yards in summer. Send letters to your senators to push for national subsidized water infrastructure. Join the UN’s Water Action Decade, which strives to promise sustainable drinking water to the entire planet. They know what has to be done, and there’s a lot to do. But we can all help.

If you want to solve the issues of plastic pollution, you can’t just tax the industry or boycott your grocery store. The money will just move elsewhere, and boy howdy, is there a lot of it. So there needs to be a push for something else, a more sustainable, human-friendly and earth-friendly solution. Something like better infrastructure. Something like water as a right. Something like equal resource access.

Single-use plastic water bottles stink. They’re the worst. But they are less of a cause as they are a symptom of a much larger problem. You can clean up the plastic and save the whales, but if you really want to fix it at the root, you have to save the people, too.

Andy Sima is a recent graduate of the University of Illinois, with bachelor’s degrees in Environmental Sustainability and Creative Writing. He currently lives in Minneapolis and is working on an endangered species book for children. He runs a blog at www.owlmanandy.com, and is also looking for an agent to represent him.