Letter from the Editor 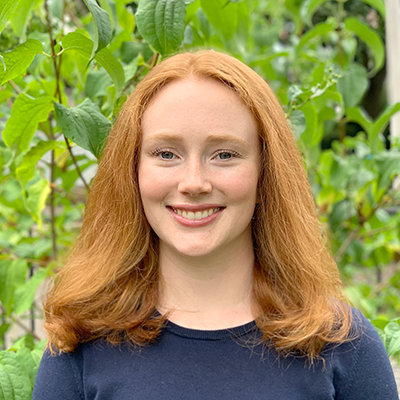 How much do you really know about the deep waters that cover our planet?

In Q Magazine’s fifth issue, our authors explore hot-button issues of our time — technology, medicine, energy — through the prism of water. Lindsay Albright’s piece, “Blue Bloods,” describes how the 450-million-year-old horseshoe crab is essential to developing human medicines and vaccines.

Our ever-growing infrastructure is threatening freshwater environments as well. In “Save the Lakes,” I connect plastic production, energy consumption, and decrepit pipelines in the Great Lakes. One rusty pipeline in particular, Line 5, threatens the largest freshwater ecosystem on the planet and embodies many of the overwhelming energy challenges yet to be solved globally.

In a pair of thought-provoking op-eds, Brooke Witkins and Joshua Reed investigate solutions to these energy problems on the atomic level. Nuclear fusion has the potential to create significant amounts of energy using the same generation process as the sun: splitting nuclei in two. Witkins explains how this would generate significant clean energy without the safety risks of current nuclear infrastructure, while Reed describes the promise of graphene — a carbon-based material 200 times stronger than steel that may be used to manufacture a range of sustainable technologies, including clean batteries and solar panels.

If you find your own energy levels dropping, Nicole Pinsky returns from study abroad with her essay on Italian food culture. In Italy, it’s more than likely a tomato will be served within walking distance of the vine on which it grew and ripened. Meanwhile, back in Chicago, the vegetables on a plate may have seen more of the world than the person who consumes them — why?!

And finally, how do we make sense of all of the data, and bubbling political controversy, about the environment? In an interview with Katherine Hayhoe, Professor of Public Policy at Texas Tech University and Illinois alumna, Maria Maring asks about the most effective ways to communicate the threat of climate change. Hayhoe’s message is clear: Climate change conversations work best when people share what they know with people they know.

Speaking of what everyone knows: Q Magazine serves up the very best of student environmental writing, locally grown here at the University of Illinois. Sample and enjoy . . . 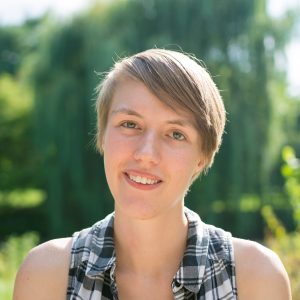 Just as a single river connects a variety of different habitats and biomes, the thread of caring for our land and rivers weaves through the fourth issue of Q Magazine.

In “Twilight on the Gila,” veteran Q writer Jenna Kurtzweil takes readers on an expedition down the politically contested Gila River in New Mexico, America’s first official “wilderness.” In an increasingly parched and populated world, arguments over whether water should be diverted from the river for farming make the Gila a flashpoint for competing priorities of sustainable management and environmental justice.

A thousand miles north of the Gila, the Columbia River flows through a desolate stretch of land in Hanford, Wash., with more history than meets the eye. In “The Long Reach,” I wade through Hanford’s wartime nuclear past — and the toxic legacies still washing up on the Columbia’s banks.

Closer to home, Carly Hopkins tackles Chicago’s vacant lots problem. While these lots dotting the Rust Belt’s urban landscape have historically been seen as an index of poverty and a magnet for crime, a new initiative — the Large Lots Program — is taking strides to return lot ownership to residents, with impressive results.

Even as vacant lots have swallowed up urban areas for decades, rural prairie habitats continue shrinking in Illinois. Vivienne Henning offers an inside look at conservation efforts to help prairie birds like the Bell’s vireo, whose populations have long suffered at the hands of Big Agriculture.

In our regular feature on Energy Futures, Charlee Thompson takes readers to Nepal for a crash course in black carbon. While many technological strides have been made to solve the black carbon crisis, Thompson argues in her op-ed that we need both technology and education to address the human behavioral issues at its core.

Finally, Maria Maring and Gwenna Heidkamp interview Natalie Kofler, a molecular biologist and Levenick resident scholar at the Institute for Sustainability, Energy, and Environment. Kofler discusses her many projects that focus on inclusion, integration, and innovation in the practice of science — a truly inspiring message to be sounding in the halls of a global research hub like the University of Illinois at Urbana-Champaign. 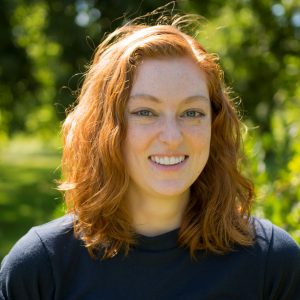 Ask yourself: What constitutes “wilderness” in the 21st century?

Q Magazine‘s third issue reports from the front lines of the ongoing struggle between humans and nature. Each original essay tackles in its own way the tough-to-answer question: What does it mean for us to “win,” ecologically?

In our poignant lead story, “Your Friendly, Neighborhood Coyote,” Amber Volmer offers a subversive look at the canine most often associated with cartoon roadrunners and eerie desert cries. What if the coyote’s legacy were instead scrappiness, adaptability, and resilience in the face of relentless development?

Next, Haley Ware takes us to the jungles of Myanmar where, under the radar, gruesome atrocities are decimating the world’s most charismatic fauna. “Skin Deep” is at once an alarming wake-up call to a new rash of elephant poaching, and an impassioned plea to look environmentalism’s hardest cases in the eye and demand change.

Meantime, 4,000 miles to the northwest, in Ukraine, life finds a way against the odds. In the notorious Chernobyl Exclusion Zone, April Wendling describes capital-N Nature’s fight to win back ground at every trophic level, from mushrooms and marshes to wolves, bears, and beavers.

Chernobyl isn’t the only place where the human/non-human barrier is breaking down in a big way. In “The Seven Wonders of the Anthropocene,” your intrepid student editor treks from KFC to Ancient Greece and back again in search of locations where the two clash, converge, and align.

As you click through this latest issue of Q, brace yourself for a jarring journey into the wild. Look both ways as you reflect on your relationship with a nature that’s present and persisting — in changing ecosystems, in the elusive creatures that dart through city streets, in the illusory conceptions of wilderness we subconsciously cling to.

Reading Q 2.i, you’ll never look at a coyote, a wind turbine, or a cast-off chicken wing the same way again. 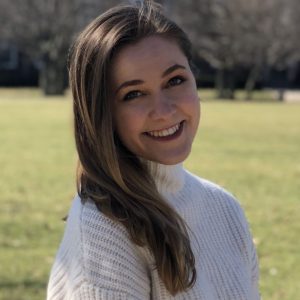 Water, water, everywhere, nor any drop to drink…

Fresh water is essential to life, but 844 million people across the world lack a clean, reliable supply. As the tide rises on the second issue of Q Magazine, Illinois students are examining water inequities to our south, in the thirsty tropics, and showcasing the people impacted by a hotter, more disaster-prone world.

When climate change ramps up the severity of tropical storms, geographically vulnerable countries must cope with the wreckage. Engineering student Mark Healy takes us to Puerto Rico in the aftermath of devastating Hurricane Maria, where residents are still plagued by toxic water and a battered, or non-existent, infrastructure.

Across the gulf, in El Tablón, Honduras, villagers likewise struggle with regular access to drinking water.  In “A Clear Message,” Taylor Jennings works with an Illinois team to right the wrongs of a failed, top-down water development project. Here, we learn how water issues aren’t solved with engineering prowess alone, but rather a keen eye to cultural context.

Back in the Midwest, the watery world is the theme of two pieces pitch-perfect for nature-loving readers of Q. Mallory Shaw tours the wetland beauties of the restored Emiquon, while Clarissa Ihssen mixes science and nostalgia in reflecting on her lifelong love of muskie fishing in northern Wisconsin.

Wetlands and muskies are a much-needed tonic after the sobering news on recycling in Q I.ii. Laura Schultz explains why China’s recent ban on imported Western garbage marks a plastic fork in the road for the global recycling industry, while regular contributors Zack Fishman and Jenna Kurtzweil pick two items from the trash heap — discarded pens and styrofoam takeout containers — for a much-needed closer look.

And finally, we debut our newest section of Q, “@Illinois,” which showcases innovative environmental research on our great campus. Thanks to a powdered rock with extraordinary chemistry, the next big thing in agriculture could be climate mitigation — and it’s all being tested right here in our backyard.

So, enjoy our second issue of Q. For environmental writing that’s refreshing, we’re no mere drop in the ocean.

Wind, waves, and high water drive our lead stories in this, the debut of Q Magazine, featuring original articles by University of Illinois students enrolled in the Certificate in Environmental Writing (called CEW, hence “Q”!).

Ice caps are melting, while tides are rising and hurricane-driven storm surges threaten routine disasters. South Florida takes center stage in David Marcus’s “The Rising Tide,” which tells the sobering story of how climate change, rising water, and “dumb growth” are conspiring to spell doom for communities from Fort Lauderdale to Miami. With climate denialists in power, and next-to-nothing being done, anxious Floridians facing existential threat to life and property are left to wonder how short-term mindsets will ever solve long-term problems.

Meanwhile, in the Caribbean islands, urban planning debates among wealthy Floridians might seem like a luxury to islanders trapped by geography and economics in the path of a killer hurricane. In “Weathering the Storm,” Melissa Wagner takes us to the tourist paradise of St. Thomas, where a year ago Hurricane Irma devastated the lives of local residents without the resources to flee. With climate change increasing the destructiveness of Gulf storms, Melissa shows that while wealthy ex-pats can pick up and leave post-storm, it’s local islanders who are left to pick up the pieces.

In keeping with the theme of environmental justice, Lisen Holmström’s wonderful essay reminds us of political battles waged closer to home, and how inspiration can rise from the ashes. Chicago’s Altgeld Gardens is home to one of the most toxic industrial legacies in the country, but also to “The Mother of Environmental Justice,” Hazel Johnson. In a decades-long career, Johnson tirelessly advocated for thousands of low-income public housing residents exposed to carcinogens in their homes, water, and soil. Forty years later, her daughter Cheryl Johnson continues the fight; she speaks to Q about her mother’s amazing journey that took her from the South Side to the White House.

Look also here for the debut of regular Qsections, “Living World” and “Let’s Talk About Stuff.” Here we showcase some eye-catching shorter pieces by students in our Certificate in Environmental Writing, who explore biological wonders of the world —bison, ants, fungi — alongside our problematic addiction to stuff that contaminates that world — here, the seductive lure of dish soap!

So, welcome to Q,an informative, intriguing, and (we hope) inspirational guide to the age of Big Questions About The Environmental Future — authored by students with more at stake than anyone, and who will help decide, more than anyone, what that future will be.