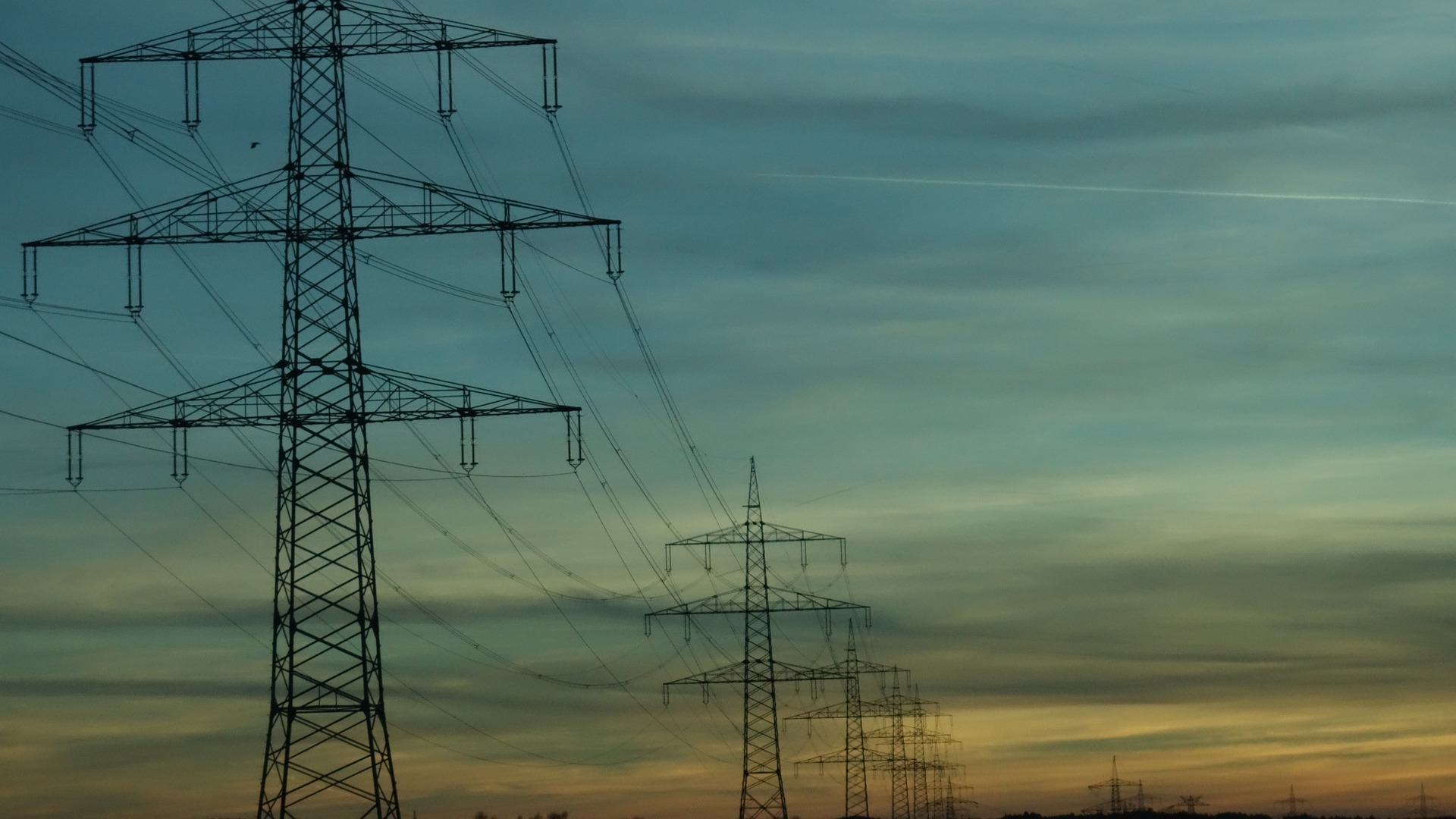 For two nights in August 2020, rolling blackouts shut off electricity to hundreds of thousands of California residents against the backdrop of a dreaded pandemic, a blistering heatwave, and a horrendous forest fire season that devastated the state. Many were quick to pin the blame on renewable energy, making unfounded judgments about what took place, who was at fault, and prescriptions that fit their ideological interests. Rolling blackouts are unacceptable, but it is essential that technical analysis, not ideology, guide our understanding of what happened and, more importantly, solutions to prevent rolling blackouts in the future.

At 6:38 p.m. on Friday, Aug. 14, 2020, the California Independent Systems Operator (CAISO) — the operator for roughly 80 percent of the state’s electric grid — issued a Stage 3 Emergency and instructed Utility Distribution Companies to cut power to more than 400,000 customers for an hour to an hour-and-a-half by evening’s end. The next day, CAISO again ordered rolling blackouts, this time at 6:28 p.m., affecting roughly 200,000 customers and lasting for 30 minutes.

These rotating blackouts were controlled and notably different from outages caused by storms or, as California has become all too familiar with, intentional shutoffs to prevent forest fires. Rather, they were a preventative measure, employed by CAISO to lower power consumption on the grid and avoid cascading, uncontrolled outages across the western United States and Canada. On electric grids, supply must equal demand exactly. If supply trails demand, electric frequency on the grid drops and can cause widespread blackouts that take days to resolve. This worst-case scenario materialized in 2003 when 50 million people on the East Coast lost power in an outage caused by several damaged power lines in Ohio and amplified by subsequent human and software errors. Protocols established by the North American Electric Reliability Corporation (NERC) govern when rolling blackouts are required to maintain grid reliability.

A year ago, CAISO issued a report warning of generation capacity shortfalls for 2020 summer evening demand peaks. The report cited three concerns: the anticipated retirement of 4,000 megawatts (MWs) of power plants in California; reduced availability of imported electricity from neighboring states due to large coal-fired power plant closures; and diminished hydropower capacity due to drier conditions caused by climate change. More concerning than the demand peak is what is known as the “net demand” peak. Simply put, net demand is load minus solar and wind power output. High solar power penetration results in a large and temporally narrow peak in net demand known as the “duck curve,” after the sun goes down and before the wind picks up in the evening. CAISO has traditionally relied on expensive “peaker” plants — natural gas-fired power plants that quickly ramp up output during periods of high demand — and imports from neighboring states to address this net demand peak.

Prior to Aug. 14, CAISO anticipated supply issues. A sweltering once-in-a-generation heat wave prompted Californians to crank up their air conditioners, pumping up electricity demand. The state wasn’t equipped to handle it. According to a recent post-mortem report from energy regulators, California’s resource adequacy is only designed to withstand a 1-in-2-year peak demand with an additional 15 percent planning reserve margin. And since the heat wave smothered the entire West, many neighboring states were unwilling to sell power to CAISO. Furthermore, as NERC anticipated in a June 2020 report, “below-normal hydro conditions” limited availability of hydropower imports, a major component of system reliability. On Wednesday, Aug. 12, in anticipation of the supply scarcity and demand surge, CAISO restricted scheduled power plant maintenance for that Friday. On Thursday, Aug. 13, CAISO issued an alert for insufficient resources for the next evening. In addition to the anticipated stresses on the grid, the 495 MW gas-fired Blythe Power Facility unexpectedly tripped offline due to “plant trouble” a few minutes before 3 p.m. that Friday, while an unknown 750 MW gas-fired power plant was also unexpectedly inactive that day. All of this, compounded by a lower-than-usual evening output of wind power, only made matters worse. As Steve Berberich, former CEO of CAISO, put it: “We have a perfect storm going on right here.”

The next day, Aug. 15, the net demand peak was lower than that for Aug. 14. However, shortly after 5 p.m., roughly 1,000 MW of wind power went offline, followed by a 248 MW loss of gas-fired power from the Panoche Energy Center — which, according to reporting from the San Francisco Chronicle, was the result of erroneous instructions from a PG&E grid operator. A short time later CAISO initiated rotating blackouts, based on the detailed timeline it released on Aug. 17.

After the back-to-back days of rotating blackouts, California had several close calls. Fortunately, a combination of energy conservation and power imports kept the lights on. Case in point: On Aug. 18, CAISO was again worried about inadequate supply, but its unprecedented energy conservation alerts yielded an astounding ~4,000 MW of demand reduction by consumers.

Almost immediately after California’s blackouts, political pundits, provocateurs, and others were quick to share hot takes and silver-bullet solutions. Only one day after the blackouts, the Wall Street Journal Editorial Board argued that “heavily subsidized green energy” was to blame, contrary to analysis showing that on a levelized cost of energy basis, unsubsidized solar and wind are cheaper than nuclear and fossil fuel power. Three days after the editorial, CAISO, the California Public Utilities Commission (CPUC), and the California Energy Commission wrote an open letter to Gov. Gavin Newsom, unequivocally stating that “renewable energy did not cause the rotating outages.” There is an unavoidable irony in proposing to stunt the transition to clean energy as a result of power outages that were, among other things, due to high temperatures, a known consequence of climate change.

Even a prominent former energy regulator argued, with seemingly no evidence, that the rotating outages were the result of the “sons of Enron,” a reference to the infamous California energy crisis of 2001 in which Enron Corp. manipulated California’s newly deregulated electricity markets, sending prices soaring. However, high prices alone are certainly not sufficient evidence of market manipulation. And if systematic and suspicious unscheduled outages attempting to increase prices did occur, CAISO would surely have been able to identify such manipulation.

To add to the confusion, reporting from The New York Times suggested that the short-term rolling blackouts on Aug. 15 were overly cautious and perhaps even unnecessary. Specifically, that CAISO’s operating reserves — surplus generation capacity — were sufficient to meet demand. However, it is important to note that CAISO must watch trends and, above all else, ensure the reliability of the macro electric grid. Furthermore, as of December the Federal Energy Regulatory Commission had decided against launching an independent probe of CAISO’s handling of the rolling blackouts, opting for a more collaborative role and organizing a technical conference.

So, how can California avoid crippling blackouts in the future?

In a webinar hosted by the University of California Berkeley’s Energy Institute shortly after the rolling blackouts, Professor Severin Borenstein, who also serves on CAISO’s Board of Governors, remarked that “we’ve actually gotten off pretty easy so far,” and future outages could be worse. He went on to highlight that California’s grid is classified as a 1-in-10 system, meaning that rotating outages should occur no more than once in a 10-year period. Sure enough, it was almost 20 years since California last had rotating outages, for 38 days, during the state’s 2001 energy crisis.

Certainly, a shortfall of power supply is highly problematic and especially so during a heat wave and global pandemic. Power plant failures and errors were simply the straw that broke the camel’s back in the lead-up to California’s rotating 2020 outages. More crucial are broader systemic issues that allowed for such a situation to occur at all. These four strategies, including market and hardware solutions, could address systemic issues in California’s electricity system.

Increase long-term contracts — After the 2001 California energy crisis, state regulators instructed utilities to procure a greater proportion of electricity via long-term contracts as opposed to the wholesale market. Executives of these entities will be quick to point out that prior to the crisis, they were required to rely on the state’s deregulated electricity market to source much of their load. Nevertheless, long-term contracts can help hedge against unexpected shortfalls in capacity.

Improve demand response capacity regulations — The most immediate solution to California’s capacity shortfall is to improve its demand response regulatory policies. For example, California could employ variable electricity rates, encouraging consumers to reduce consumption during peaks in net demand. Furthermore, companies such as OhmConnect, which can reduce demand from an astounding 150,000 homeowners by marginally lowering consumption from thermostats, can bid this demand reduction into wholesale markets and help reduce load during net demand peaks. However, the CPUC calculates the capacity of such offerings via a black-box approach that lacks transparency. And it evaluates aggregated capacity of demand response assets on an annual basis as opposed to a rolling one — so if a California resident signs up for a firm’s demand response program, their capacity cannot be bid into the state’s electricity market until the following year. Moreover, the CPUC calculates load reduction from demand response relative to average loads instead of in real-time, which discounts load reduction during the days like Aug. 14 and 15 when they are most needed. These arcane regulations can be easily amended and immediately help CAISO manage future net demand peaks.

Add more capacity resources to meet evening net demand peaks — Energy storage is an obvious choice. Battery storage costs continue to fall, and adding capacity is increasingly favored over natural gas peaker plants to address evening demand peaks. California is on the right track in this regard and has mandated that investor-owned utilities deploy 1,325 MW of energy storage by 2024. However, until these storage resources come online, California should be cautious about future thermal power plant closures. Over the past three years, 5,000 MW of gas-fired power plants were shuttered while only 2,200 MW of dispatchable (not intermittent) generation resources were added. Furthermore, 3,000 MW of anticipated battery storage is not yet operational. Still, low-cost solar and wind power should and will continue to be mainstays in California’s energy plans. Gov. Newsom rightly doubled down on renewable energy last summer, declaring that the heat waves, fires, and power outages “ ‘highlighted the urgent need to quickly transition to a renewable energy system.’ ”

While observers look to score points and make questionable judgments about the causes and implications of the 2019 power outages, California should stay focused on the bigger picture. Quickly and swiftly decarbonizing the power sector is a major priority. It requires intelligent resource adequacy planning, a supporting cast of demand reduction tools, and better market mechanisms for CAISO to maintain grid reliability in the future.

Jonah Messinger will graduate in May 2021 with an M.Eng. in Engineering in Energy Systems, a B.S. in Engineering Physics, and a minor in the Hoeft Technology and Management Program. Most recently, he was a research assistant to Dr. Varun Sivaram at the Columbia University Center on Global Energy Policy and an undergraduate researcher studying gammavoltaics in Professor Lin Jian Meng’s research group.