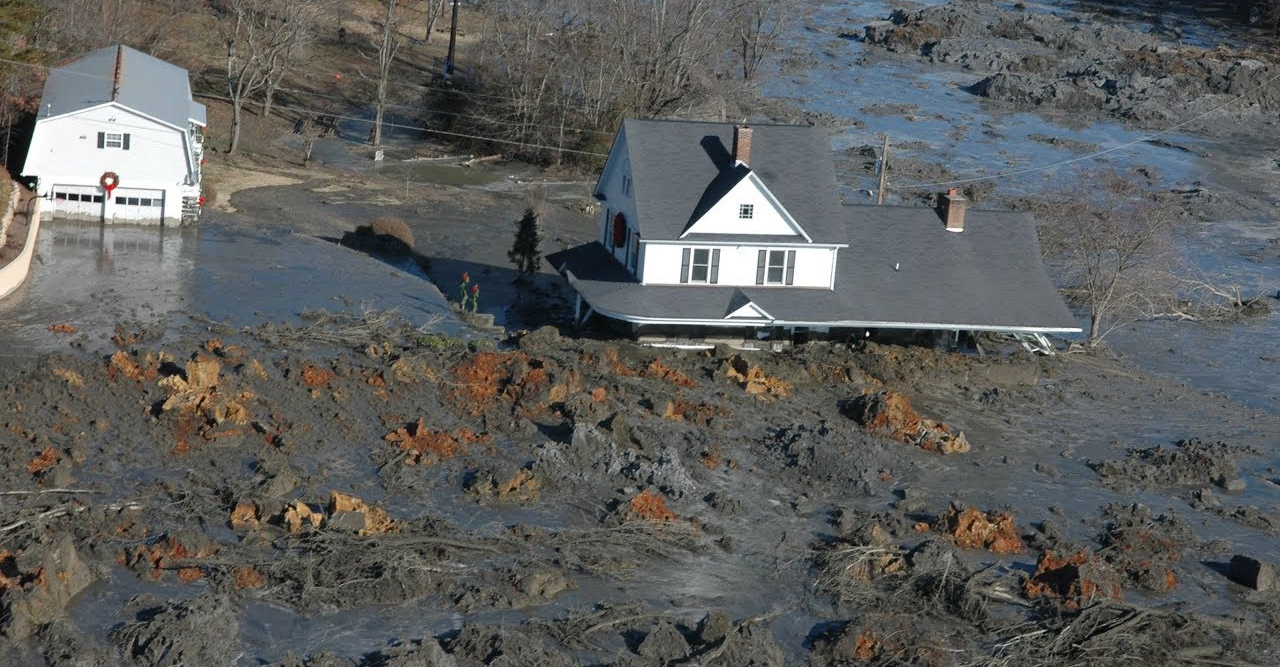 If you’re like most people, you care a great deal about the fine print on products you buy. You might prefer foods with easily pronounceable ingredients rather than indecipherable lists of chemicals. You might go out of your way to buy fair-trade and ethically sourced products. But have you ever considered the source of your electricity? Chances are, you will not find this information anywhere on your power bill. Most of us are completely in the dark as to how we turn on the lights, and the coal industry is doing its best to keep it that way.

Coal power accounts for 24 percent of all electricity generated in the United States and upwards of 72 percent in developing nations like India. Even as coal becomes more expensive than solar energy, the industry refuses to loosen its stranglehold on our energy system. The United States burns the equivalent of 500 train cars of coal each hour, enough to span five miles of railroad track. Like a pack-a-day smoker, our energy system fights an addiction to a carcinogen it should have quit long ago.

Just as the tobacco industry historically denied the health risks of smoking, the coal industry continues to dismiss the dangers of its product, prioritizing profit over human and environmental health. Lobbyists and politicians have gone so far as to promote the laughably oxymoronic phrase, “beautiful clean coal.” Coal is intrinsically filthy. It contains a swath of toxins including mercury, lithium, arsenic, and lead. Due to naturally occurring deposits of uranium and thorium, coal is radioactive, leading coal plants to release more radiation into the air than nuclear plants.

While filters in coal plants can capture toxic pollutant particles, one major detail is seldom addressed. The debris that is scrubbed from coal’s fumes does not disappear — it must go somewhere. These particles of ash, collectively referred to as “coal combustion residuals” or “coal ash,” are one of coal’s many overlooked byproducts. These substances present an immediate danger that has quite literally been creeping up on us. Had we read the fine print on coal’s warning label, we would not have been so easily tricked.

Coal combustion residuals, commonly known as coal ash, are non-combustible components of coal — powdery substances accounting for roughly 10 percent of the weight of coal burned. This includes airborne particles caught in the smokestack filters (fly ash) and material left over in the furnace after coal is burned (bottom ash and boiler slag). Coal is an extremely impure fuel, and the toxins and carcinogens it contains are concentrated into coal ash when it is burned.

Coal ash poses an undeniable human health hazard. It contains particles up to 30 times smaller than the width of a human hair, so it is easily ingested or trapped in the lungs. Once in the body, its chemical cocktail can lead to cancer, heart damage, lung disease, kidney disease, and birth defects — with especially severe damage to children. The EPA found that living within a single mile of a coal ash disposal site causes a 1-in-50 lifetime risk of cancer.

This raises the crucial, life-and-death question: Where is coal ash stored?

Storage and Disposal: Finding an Ashtray

More than 100 million tons of coal ash are produced annually in the United States, making its disposal an unavoidable problem. Currently, this hazardous waste is stored at 1,400 facilities across 45 states. In Illinois alone, coal ash is stored at more than 80 sites, 10 of which pose a high risk of contaminating drinking water.

Options for coal ash disposal are bleak at best. The best case is to use coal ash as a filler in concrete or wallboard. Within the industry, this is known as a “beneficial use.” This way, harmful contaminants are encapsulated in a form where they cannot leak into the surrounding environment. However, this “beneficial” use only accounts for 60 percent of coal ash disposal, leaving us to question what happens to the remaining 40 million tons each year.

If the ash is not recycled, power companies have two options for disposal: dry storage in landfills or wet storage in ponds. In dry storage, coal ash is either filled into a designated unit (monofilling) or mixed with other municipal waste in landfills (cofilling). While monofilling is the better option to keep coal ash contained and prevent leakage, this requires a costly, specially designated storage space. Owing to its high cost, monofilling accounts for a minority of coal ash disposal sites. Instead, power companies opt for the cheapest way out: wet storage in large, man-made ponds formally known as “surface impoundments” where coal ash is mixed with water. There are 1,000 such ponds in the United States and close to 9,000 globally. The vast majority of these ponds are unlined, meaning that there are no real measures to prevent gradual seepage into groundwater.

While financially and logistically convenient for the coal industry, these storage options present a lose-lose situation for human and environmental health. Regulatory requirements for these facilities are weak, and since the utility has no financial incentive to track its waste products, these systems are devised hastily and typically suffer from engineering lapses. In the best case, contaminants from coal ash slowly leach into the surrounding environment. In the worst case, coal ash spills result in disaster.

The world received a harrowing reminder of these disasters on Dec. 22, 2008, when the dike failed on a coal ash pond at the Kingston Fossil Plant in Tennessee. This failure released more than 5 million cubic yards of coal ash into the pond’s surroundings, extending for 300 acres outside of the designated storage area and contaminating the Emory River. Cleanup efforts lasted for 45 months and involved over 900 workers, many of whom were not provided with basic safety equipment such as masks. Workers became reliant on inhalers due to lung damage, and many developed severe cancers in subsequent years. Within 10 years of the accident, 36 employees had succumbed to leukemia, brain cancer, or lung cancer.

At the time of the Tennessee disaster, there were no federal regulations specific to coal ash — it was not even classified as hazardous waste by the EPA. However, after the catastrophe, the EPA began to formulate a “Coal Ash Rule” to regulate its disposal. A draft was completed in 2010 — yet thousands of affected lives were evidently not enough to convince politicians, and the bill was shelved.

A second wake-up call occurred on Feb. 2, 2014, when a major spill occurred at a Duke Energy facility in North Carolina. A 70-mile stretch of the local Dan River turned to gray sludge; Duke’s initial cleanup effort only recovered 8 percent of spilled ash. Consequently, the state sued Duke in 2019, and Duke recently announced that it will excavate 80 million tons of coal ash and retire its ponds over the next 15 years.

After the second disaster, the EPA Administrator signed the Coal Ash Rule in December 2014. Officially known as the “Disposal of Coal Combustion Residuals from Electric Utilities,” this rule created location restrictions, design standards, groundwater monitoring programs, and cleanup requirements for coal ash ponds. A major victory for environmentalists was the requirement for coal ash ponds to be composite-lined. The 65 percent of existing coal ash impoundments that are unlined were ordered to close by 2019 as a result of this requirement, as these ponds contribute to coal ash leakage and are at high risk for disasters.

Under the Trump administration, however, the EPA aggressively rolled back regulatory measures, allowing coal plants more time to conduct business as usual. Revisions in 2018 extended the closure deadline for unlined ponds to 2021 — and certain unlined impoundments were permitted to operate until 2028. The revision removed the requirement for state regulators to enforce groundwater monitoring and permitted facilities to operate barring explicit proof of leakage. In other words, regulators were not required to check for pollution in our water supply, and facilities could not be shut down until inevitable damage was already done. Following these revisions, the D.C. Circuit Court ruled that EPA protections were inadequate and ordered that the regulations be revised.

In response, the EPA finalized new regulations in August 2020; like a poisoned apple, they seemed wholesome at first glance but were in fact rotten to the core. While unlined facilities were finally ordered to close, the definition of “lined” was expanded to include alternative liners with no track record. In effect, this allowed unlined facilities to continue operating, masquerading under the guise of “alternative” lining.

While the EPA has spent two years dissolving existing regulations, there are still problems that were never regulated in the first place. For example, the Coal Ash Rule has never required the testing of drinking water wells near coal ash sites. Even worse, “legacy” ponds that stopped receiving material prior to 2015 are not regulated at all.

Despite this alarming trend, there is hope for change at the state level. For example, Illinois passed the Coal Ash Pollution Prevention Act in 2019 and is one of four states with similar laws. Under this act, Illinois utilities are required to pay for coal ash cleanup rather than taxpayers. Furthermore, standards for coal ash ponds are elevated beyond federal requirements. This legislation is crucial; available data shows that 90 percent of coal ash dumps in Illinois cause local groundwater contamination as they are nearly all unlined. 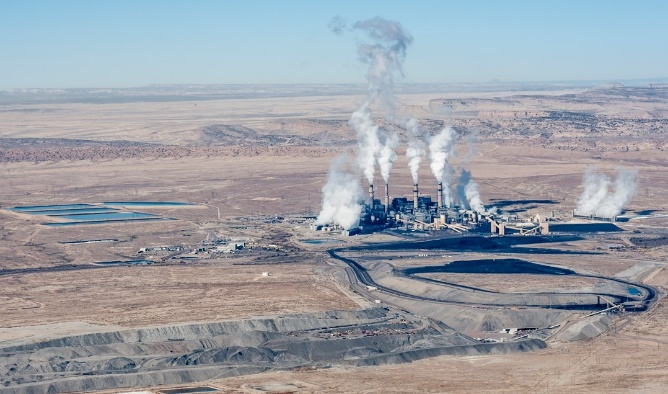 In some states, the issue of coal ash disposal has led to the immediate retirement of coal plants. In August 2020, the owners of the San Juan Generating Station in New Mexico unanimously decided to retire the plant within two years after a damning report on the impact of coal ash at the site. The million tons of ash produced annually by the plant had been backfilled in an adjacent mine shaft since 1973 and were expected to leach into the water table by 2022.

The San Juan Generating Station is also a powerful case study in industry transition from coal power, as it will be replaced by the new construction of 650 megawatts of solar power and storage. This project ensures that the local community will continue to have jobs and that the power needs of local industries will continue to be met.

It’s time to break our addiction to coal. The emergence of renewable technologies such as solar energy presents an increasingly viable escape route. Natural gas might even serve as a “nicotine patch” — presenting a safer option than coal, yet only as a transitory solution. Just as a smoker’s lungs are affected long after quitting, coal ash will have serious consequences even after coal plants cease operations. Coal plants must be decommissioned as soon as possible, and utilities must take responsibility for their waste products, ensuring that storage ponds are properly lined and resilient against floods and accidents. With communities across the country being physically poisoned by coal ash, regulations must curtail the profit-seeking recklessness of energy utilities to safeguard public health and a clean environment. Nothing less than our lives, and the lives of future generations, are at stake.

Peter Davis is a junior from Naperville, Ill. He is pursuing a B.S. in Mechanical Engineering and is active in the Illinois Solar Decathlon as well as the Energy Sustainability Working Advisory Team. He is dedicated to a future career in renewable energy solutions.