Oped: The Price of Black Carbon 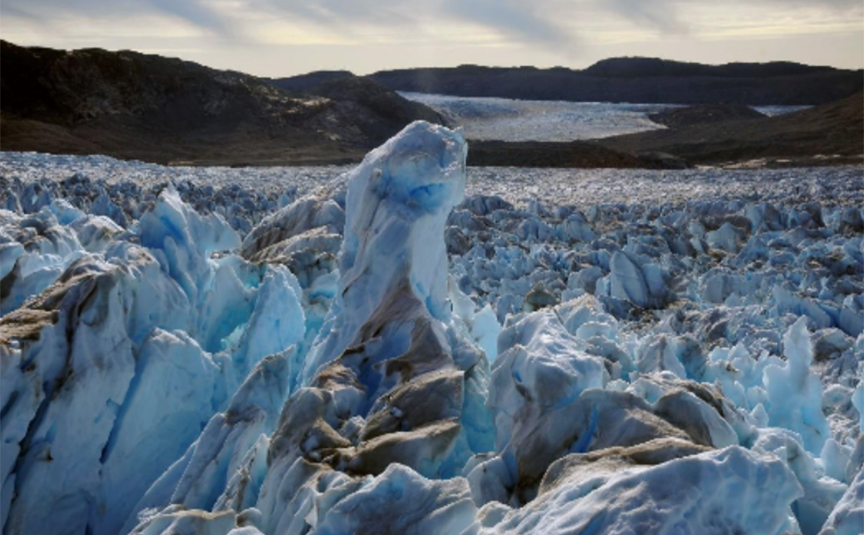 It has finally arrived! The talk of the village for the past month is at last in Sita’s hands. The women in her Nepalese village are excited to receive this “gift” from the United States government — a new electric cookstove, a shiny piece of portable technology that looks instantly out of place against the clay walls and dirt floor. This miraculous device promises no maintenance, faster cooking, fewer chores and, best of all, cleaner air. 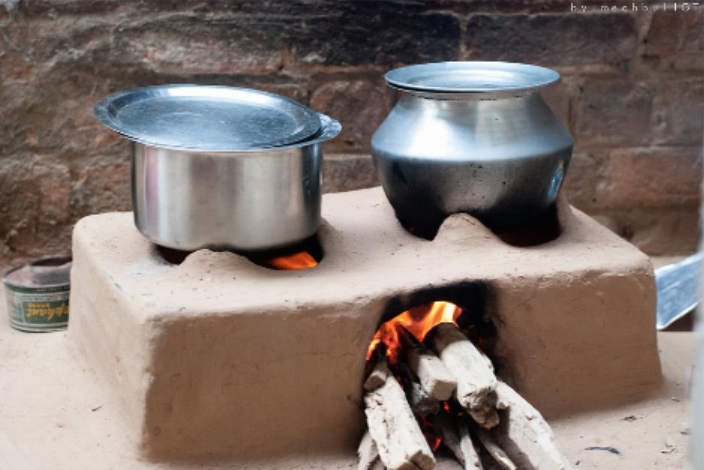 In five minutes, however, Sita will carry the new stove out the back door and leave it there, never to be used. Instead, she will sit back down next to her traditional clay cookstove (called a chulha) as she always does, and boil the morning’s water as a health precaution. Then she will add more wood to the flame, even as a wave of thick black smoke spouts into the room. To provide for her family, Sita must disregard the health dangers — and the carbon load she is releasing into the atmosphere.

Village scenes such as this have played out across India, Nepal, and the developing world for decades now, as the search continues for the perfect, low-emission cookstove to reduce premature deaths from inhalation and mitigate global warming from black carbon. But technology will always fail without effective education of its importance and practical use. Better education about the dangers of black carbon, directed to mass audiences in both the developing world and the West, is vital in the fight against pollution-related disease and global warming.

Tami Bond, former Professor of Environmental Engineering at the University of Illinois at Urbana-Champaign, is one of the world’s leading black carbon researchers. In 2013, Bond and a team of researchers found that black carbon has twice the direct climate impact than previously reported and that it ranks as the second most potent greenhouse gas after carbon dioxide. This discovery made waves in the science world, prompting further research into black carbon, its sources, and how it is affecting Earth’s radiation budget. 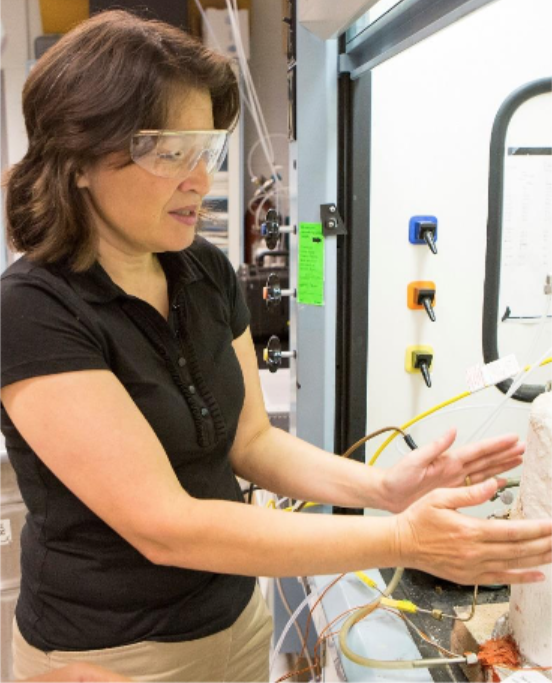 Tami Bond, a former Illinois Professor, is one of the world’s leading researchers on black carbon and its impacts on human health and the environment. Credit: WFMT Blog

Solid fuel combustion (burning wood, coal, or corn) emits high concentrations of organic gas pollutants as well as tiny solid and liquid particles known as particulate matter. When particulate matter is suspended in the air and mixes with other organic substances containing carbon, it forms a concoction of gas known as a carbonaceous aerosol. The resulting household air pollution from carbonaceous aerosols and other byproducts of combustion is the fourth-largest contributor to the global burden of disease — and a particularly potent contributor to global climate change.

This black carbon is a threat hiding in plain sight, a constant presence in the atmosphere emitted from everyday sources such as vehicles, fireplaces, forest fires, brick production, and Sita’s cookstove. What Bond’s research helped identify is black carbon’s unique ability to absorb solar radiation and thus warm the atmosphere. And that makes it an influential driver of global climate change.

One would think that, as a critical factor in global warming, black carbon would be a major topic of conversation in mitigative international climate policy. But this is not the case. Regulating black carbon emissions is rarely discussed among the policymakers and scientists who are under pressure to create policies that will alleviate global warming and meet standards for human health, while maintaining a thriving economy. Even the policies that do exist don’t directly address black carbon, providing opportunities for loopholes in meeting carbon emission standards.

Notably, the United States has a particulate matter standard that at first glance might put the average health-aware citizen at ease. But behind this comforting policy lies the unnerving truth that companies can meet this standard with any particulate matter they choose. So long as the overall sum of particulate matter is under the limit, the quantity of black carbon being emitted doesn’t have to change at all. 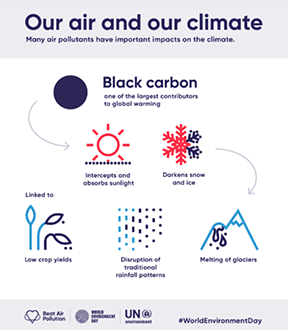 While black carbon has a short lifetime, it has negative impacts during transportation in the atmosphere and after deposition on surfaces. Credit: United Nations

Fortunately, productive conversations about direct regulation have gathered steam in the past decade. In 2012, the United Nations Economic Commission for Europe took on new standards to target black carbon as a significant component of particulate matter. In 2017, the 14 nations and indigenous organizations that sit on the Arctic Council founded the Fairbanks Agreement, adopting an aspirational “collective goal to cut black carbon 25 to 33 percent by 2025.” Preventative policies are finally emerging around the world, renewing hope for the future of the planet.

As the industrialized world pushes forward with regulations, it remains unclear if strict regulation on underdeveloped countries, like Nepal, is the right course of action. In order to become the technology-driven, high GDP nations they are today, western countries have taken their turn polluting without regulation and overusing resources without remorse. Is it fair to tell developing nations that they cannot do the same to develop themselves?

Here’s where technology, if accompanied by proper education programs, can make a real difference. To reduce the effect of carbonaceous aerosols in regions like Nepal and China, Western stove programs are attempting to reduce household air pollution by distributing more than 100 million “clean” cookstoves. But, as our opening scene with Sita in her Nepalese village demonstrated, this massive program isn’t producing the hoped-for results. Better technology isn’t always a panacea, especially when the stakeholders are uneducated about the purpose of the technology. Traditional cookstoves are well-assimilated with Nepalese diet. Sita has learned the recipes for common dishes like dal bhat (lentils and rice) and ghee (butter) from her mother, who learned them from her mother. Nepalese recipes are passed down from generation to generation, and the methods of preparing these foods are passed down with them.

While offering an alternative stove appears to be an efficient solution to policymakers because it sits well with scientists, it simply is not working. This strategy doesn’t effectively consider what people want. How would it feel if a stranger came to your home, gave you a new stove, and demanded you change your habits by using it? Many of us would behave like Sita, that is, express some mixture of gratitude and embarrassment, then set the contraption aside and carry on with our lives.

Johan Rockstrom’s frequently cited 2009 article, “A Safe Operating Space for Humanity,” proposed 10 “planetary boundaries” that define how human life on Earth can be sustained. The only planetary boundaries with uncertain statuses are “Atmospheric Aerosol Loading” and “Chemical Pollution,” both of which are directly related to black carbon.

Uncertainty is a part of science; it sparks curiosity and pushes innovation. But it is also a barrier that takes advantage of a widespread lack of education.

As we move forward, we cannot rely solely on new technology to solve the challenges that black carbon and climate change will pose. We must also educate those affected so that they will willingly change their habits, and empower them to demand better climate policies from their leaders.

Charlee Thompson is from Edwardsville, Ill. She will graduate in May 2020 with a B.S. in Environmental Engineering and a minor in Sustainability, Energy, and Environment. She will continue to earn an M.P.A in Environmental Policy at the University of Washington. While at Illinois, Charlee participated in the Society of Women Engineers and Illinois Student Government. This article was first developed for a CEW 360 class in Fall 2017.