The earliest memories I have of fishing are from photographs of 2-year-old me holding a plastic rod and catching magnetic plastic fish. 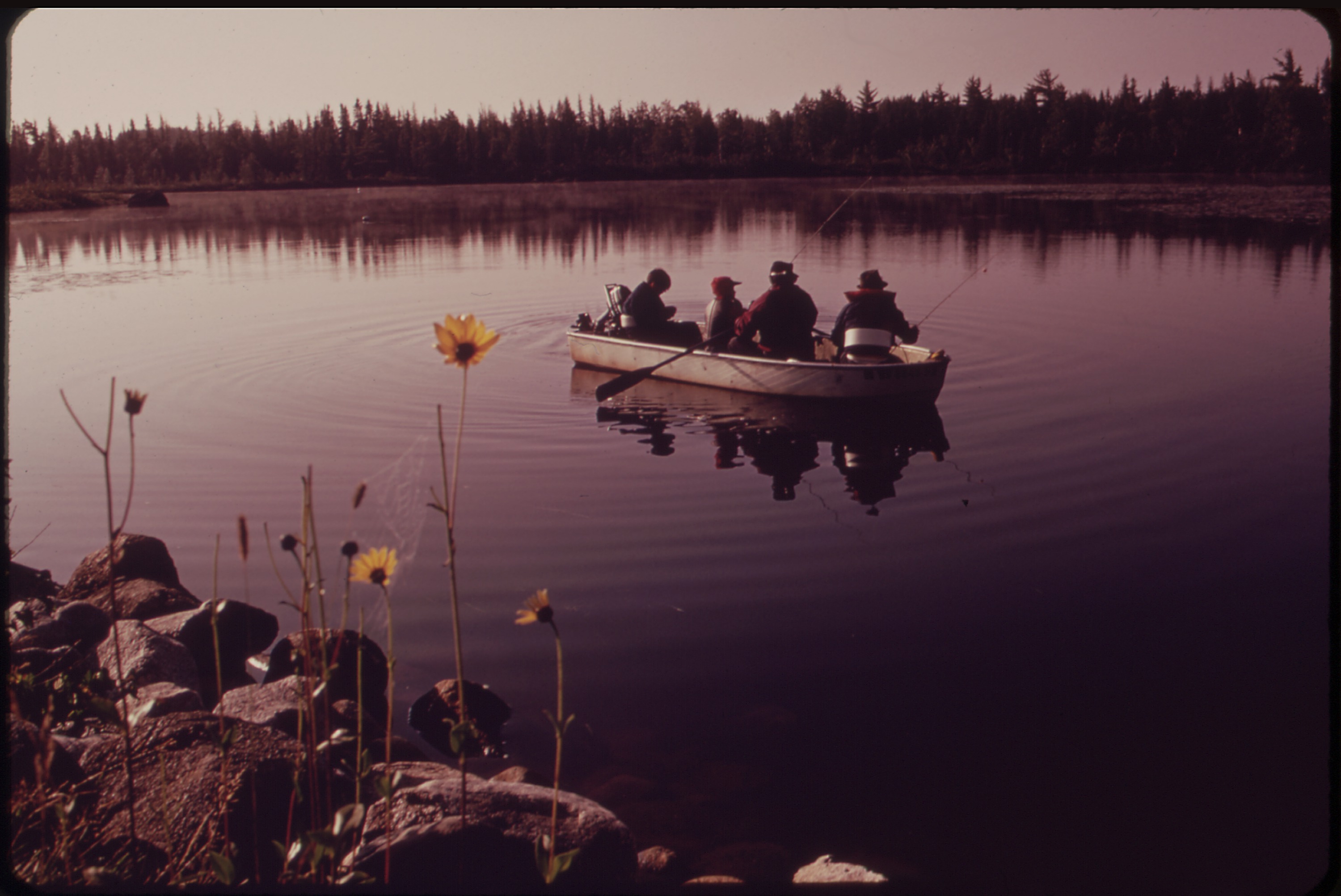 When at last I was old enough, I would go muskie fishing in the summers with my dad in the lakes near Hayward, in northern Wisconsin. Occasionally we would catch a special type of fish: the Northern pike. As my dad held the long, toothy predator over the side of the boat, he reminded me to be firm with the pliers. We didn’t want the fish to experience too much pain. The pike looked up at me with black eyes, slowly suffocating. It was waiting for release back into the water or the release of death. I swung down with the pliers and lightly tapped it on the head. I couldn’t kill it. My dad took the pliers from me and knocked the pike twice on the head, then let it drop into the water. We couldn’t let the pike live — we liked to catch muskie, and everybody knew that if there were a lot of pike there weren’t many muskie. We were doing the fish, and the other fishermen, a favor. Unfortunately, we were only half right. 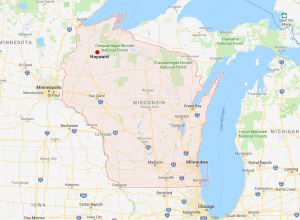 Northern pike (Esox lucius) and muskellunge (Esox masquinongy) have a competitive relationship in the lakes of the upper Midwest. Both are top predators that prey on smaller fish. Since pike are born earlier in the spring than muskie, for the first few months of their existence pike babies will eat muskie babies. Pike babies, called fry when just hatched or fingerlings when they have working fins and scales, will cannibalize other pike. This cannibalism used to be the main control of pike populations before we started bopping the adults on the head. Muskie fry are forced to go through the same cannibalistic population control while also being harassed by the pike fingerlings. Once this short but bloody numbers battle is finished, the two fish species go their separate ways.

Or do they? Occasionally, the two species will hybridize and create what is known as the Tiger muskie (E. lucius x E. masquinongy), another large predator that is popular with both pike and muskie fishermen. Researchers have studied the hunting styles of each species, where each species prefers to live, and how to best increase muskie populations, but there is little scientific research on how the two species interact throughout their life cycles. Does having too many pike decrease the amount of muskie? That’s a hard question. What number of pike is “too many”? What do we consider a substantial decrease of muskie? What if we’re asking the wrong questions?

Management of natural resources is difficult: It is both a science in the true sense — we conduct experiments, perform studies, and analyze the results — and an art. Many wild populations follow a nonlinear dynamic. For example, populations of some predators and prey expand and contract in cycles, such as wolves and bison, while other animal populations undergo sharp declines for no apparent reason. Because these dynamics do not follow a linear path, they are much harder to anticipate. 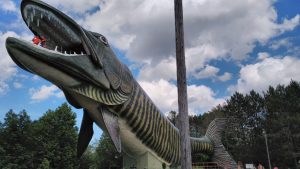 So it is for the celebrated muskie of Hayward. Northern Wisconsin has been a major destination for Midwest city dwellers since the 1920s, lured by its rich fishing opportunities. In Hayward, plenty of activities and attractions are geared toward tourists. There’s the Muskie Hall of Fame, which is shaped like a muskie with exhibits inside and a view of the downtown out of its mouth. There are shops for souvenirs, shows for nightly entertainment (including my favorite: the lumberjack competitions), while every year at the Muskie Fest vendors line the streets to hawk their muskie-themed wares. During fishing season, the town is filled with people and events. In the winter, the fishing offseason, it’s a ghost town.

The majority of people who come to Hayward are there in search of the elusive muskie. To ensure a high population of muskie, a majority of the region’s pike, perceived as a muskie nemesis, are killed. The current management policy, according to the Wisconsin Department of Natural Resources, is a daily bag limit of one muskie and up to five pike.

The practice of catch-and-release is encouraged to maintain population sizes, but to appease trophy hunters the DNR must allow some of the large predators to be bagged. Ecologically speaking, both species of fish fulfill the same niche, but they are treated differently by the DNR — thus exhibiting a bias against the poor pike. If we kill five pike for every one muskie, the pike population will decrease at a faster rate than the muskie population. This is good for the tourists who come specifically for the muskie. But for the pike — and for the fish ecosystem at large — it is a potential disaster.

Anglers might think that they’re doing the right thing by killing pike, but the “science” those anglers think they’re following could be outright wrong. Just like when playing a game of telephone, the more facts are distributed from one person to another, the more likely information is to degenerate and interpretations become muddled.

Bottom line: We should be treating pike better in Wisconsin. In many places around the world, pike are valued for their size and their fight when on the hook, and their populations maintained accordingly. Pike are treated with inherent respect, rather than just as the ugly cousin to the muskie. We shouldn’t be managing for one species over the other simply because one brings in more tourism. Instead, we should respect the role each fish plays in the northern lake ecosystem.

Pike and muskie aren’t the only species we improperly manage because of outdated folklore “science” handed down by word of mouth. We mismanage wolf populations by purposely keeping their numbers low or nonexistent, which harms our white-tailed deer populations. Without their natural predators, the white-tailed deer is overpopulated, starving, and transmitting diseases within their herds. Likewise, out West, we mismanage bison populations because we are afraid of their transmitting Brucellosis to nearby cattle. Ironically, the reason that our native populations of bison have this disease is because cattle spread it. We were not afraid of our cattle transmitting Brucellosis to other wildlife, which not only includes the bison but also elk, but we are now afraid of the reverse relationship.

Our mistakes in management include plants as well as animals. Many invasive plant species we’re currently dealing with were intentionally planted by the U.S. government to feed birds (honeysuckle and buckthorn, for example) or to prevent soil erosion (kudzu). As with the muskie and pike of Northern Wisconsin, we didn’t commission enough scientific studies to understand the complex interactions of these species and their ecosystem role. Too often, the problem of amateur resource management lies in the fact that we still listen to local wisdom based on “good” science of generations past, ideas that are no longer scientifically sound or good for the environment. 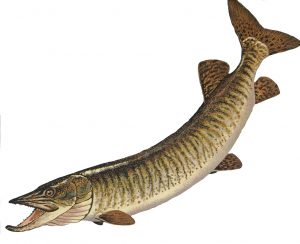 Now, when we go fishing on lakes in northern Wisconsin, my dad and I still want to be good stewards. We don’t litter, we empty our boat’s ballast before changing locations, and we leave the management of fish species to the scientists who spent their lives studying our favorite species — which is to say we no longer kill every pike we catch. Maybe we were being good stewards before, but because I don’t spend all my time reading fish population literature and attending fishery stocking workshops, I am confident only of the fact that I don’t know the best way to maintain a fish population. To better sustain our tourist economy and the complex inter-species interactions we don’t fully understand is to leave ecological management to the professionals. We’ve come to Wisconsin to catch and release fish, so that’s what we’re going to do — and the pliers are only used to remove hooks.

Clarissa Ihssen is from Woodstock, Ill. She is a senior in Natural Resources and Environmental Sciences, and aspires to graduate study in Library and Information Science. This article was written for ESE 360, the introductory CEW course, in Spring 2018.