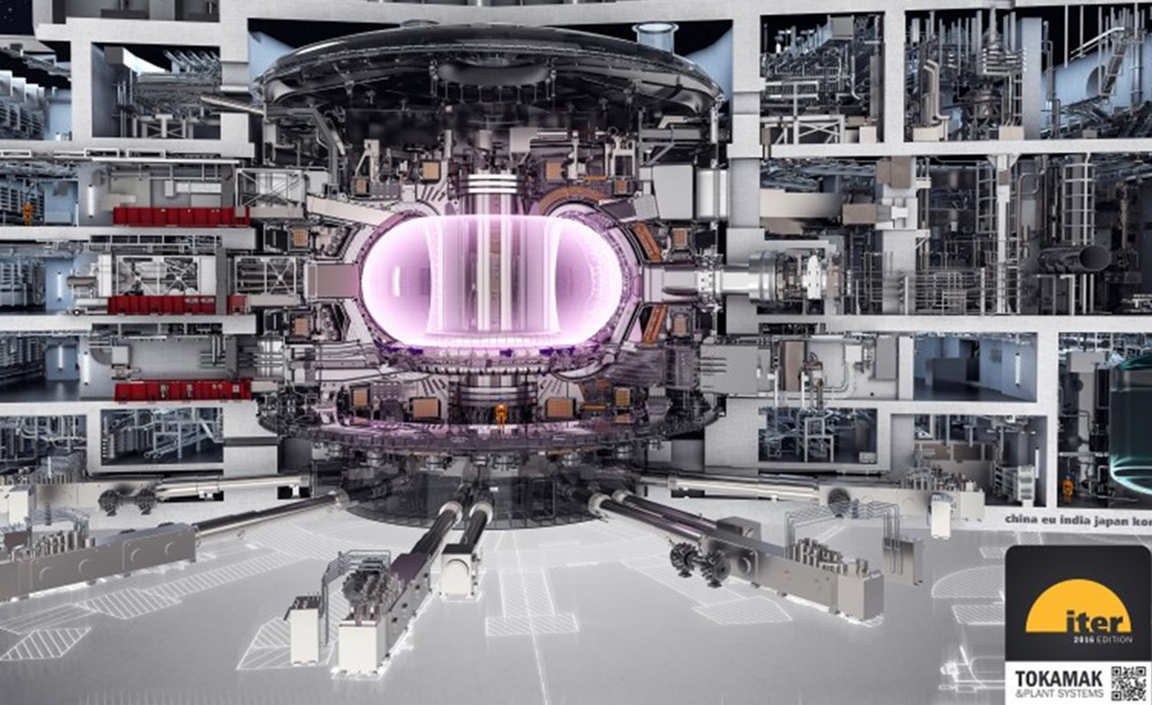 Science fiction movies have entertained us with plentiful far-fetched predictions about the future. While many of the more eccentric “futuristic” technologies have been left in the past, more realistic energy options have been introduced in recent films. First seen powering Tony Stark’s Iron Man suits, the Arc Reactor has become one of the most recognized energy sources of the modern sci-fi genre. Although it was originally created to save him from a heart injury, Tony continues to improve on the suit until he’s made something with the power to save the world. But what could sustain such a powerful device? Iron Man’s answer is nuclear fusion (not to be confused with nuclear fission, the foundation of our real-world nuclear energy industry). 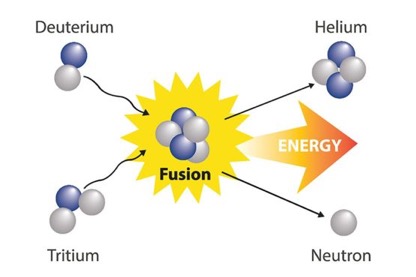 Fusion is what creates the massive amounts of energy we see in the stars every night. It is literally a universal power source. Beyond Iron Man, we’ve watched the dream of fusion mature from a science fiction fantasy to a potential Earth-saving fuel source. Frustratingly, however, time after time fusion seems to fall short of its eternal promise.

But with recent exciting developments in Europe and elsewhere, could fusion’s moment have finally arrived?

Everyday nuclear fission, in a working reactor, throws neutrons at incredibly high speeds toward a heavy atom such as uranium to break it into lighter atoms, releasing neutrons, lighter elements, and a tremendous amount of energy during the split. Currently, roughly 20% of the electricity in America is generated by these fission power plants. The energy created from traditional nuclear plants is massive and relatively clean as they don’t produce CO2 or airborne pollutants in the way of fossil fuel emissions. However, operating a fission reactor requires a delicate balance between keeping reactivity high enough to allow chain reactions to occur but low enough to prevent a meltdown. This balancing act means that design flaws or poor management can result in catastrophe. Examples of this flawed management are notorious — notably the Chernobyl disaster of 1986 and, more recently, the 2011 accident at Fukushima in Japan.

So, how does fusion compare to tradition fission power, and what are its advantages, particularly regarding safety? Fusion is the exact opposite of fission: Rather than splitting the atoms, small hydrogen atoms are fused together. The reward? Per gram of fuel, fusion releases four times more energy than fission. The downside is how incredibly difficult this process is to achieve here on Earth. The hydrogen atoms naturally repel each other so, in order to get them to combine, temperatures need to be extreme. As atoms are heated, they move faster and faster until they inevitably collide. The speed of the crash is so intense it overcomes the natural repulsion between the atoms, causing them to fuse and form one helium atom and one energetic neutron per interaction.

Fusion power has been notoriously difficult to realize, but the solution may be here at last, in the form of a 60-meter-tall high-tech machine located in the French countryside called the International Thermonuclear Experimental Reactor — or ITER for short. This massive fusion chamber is bringing the stars to France through the collaboration of 35 countries that design, build, and transport each massive industrial element of the ITER puzzle to the 180-hectare build-site.

“This arrangement was made in order to support each partner advancing fusion technology and manufacturing within their own nation,” says Lynne Degitz, senior communications specialist for the United States branch of ITER at Oak Ridge National Laboratory.

ITER’s main goal is to create a self-heating plasma, which is considered a critical step in the development of fusion energy. This plasma would be heated from outside sources and house the hydrogen atoms that will fuse together and eventually stay heated from the continuous fusion interactions within the plasma. The success of this plasma will allow the fusion process to finally create a net-positive energy output. When operational, ITER is expected to be able to produce 500 megawatts for every 50 megawatts inputted.

If nuclear plants can melt like Chernobyl did, what about ITER? As difficult as it is to get a fusion reaction going, this also means that it’s easy to stop a fusion reaction. Unlike fission, if something goes awry in a fusion reactor, the reaction will simply stop rather than spiral out of control and cause a meltdown. 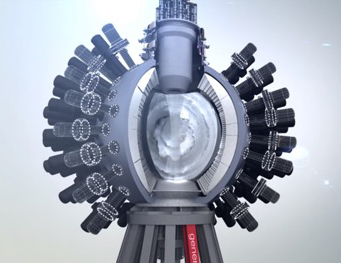 In even better news, it turns out ITER isn’t the only organization working on finally harnessing fusion. Multiple small, private organizations around the globe are working on their own technologies, some using a completely different process than ITER. One company, General Fusion in Canada, is working on a nuclear fusion process called magnetized target fusion, in which hydrogen plasma is injected into a sphere of liquid metal and then compressed by several pistons at the same time. The pressure increases the temperature to fusion conditions, and the heat generated by the reactions is captured in the metal and turned into steam, which creates electricity.

Competition is there, of course, but fusion researchers still work together. “The success of any one team generally is a good thing for us all,” says Michael Delage, Chief Technology Officer at General Fusion.

Fusion has always been an entertaining fantasy, as Iron Man exemplifies. But it might yet be the serious, real-world answer to the environmental issues that plague us from our addiction to carbon-spewing fossil fuels. Though ITER is an experimental facility, not a power plant, many smaller companies continue to research and build prototypes of different fusion devices that might one day soon be used across the globe. ITER spokeswoman Lynne Degitz puts it best:

“Fusion is hard — but it is also worth pursuing.”

Brooke Witkins is from Cary, Ill., and graduated with a degree in Earth, Society, and Environmental Sustainability as well as a certificate in Geographic Information Sciences and the Certificate in Environmental Writing (CEW). Her future plans include relocating to Utah and working in restoration. This piece was researched and written for ESE 498, the CEW capstone course, in Spring 2020.