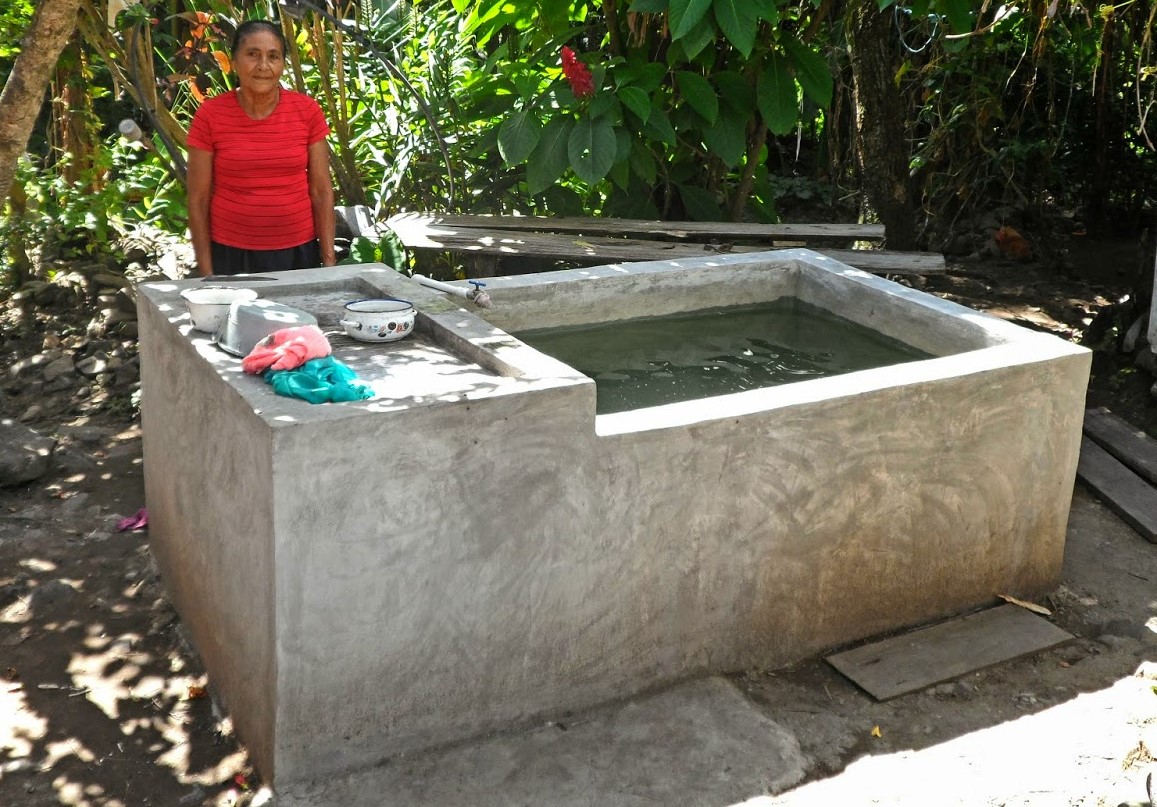 “Feel the water. See how after you touch it there’s a slimy feeling left on your hands? This is how you know the filter is no longer treating the water and removing solids.” 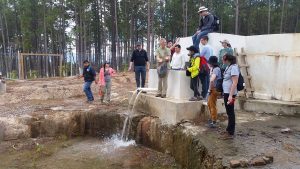 Illinois students and ADEC learn the history, and failures, of the Las Mesas water treatment system.

We all took turns running our hands under the gurgling water coming from the outtake pipe at the end of the biofiltration sand filter in the little village of Las Mesas, Honduras. The sedimentation tank sat unused as water rushed through the bypass pipe. A faded World Vision logo adorned the side of this $500,000 system, a fitting symbol of a well-intentioned failure. The engineers who designed this system had blown through this village a few years ago, never to return. But for the residents of Las Mesas, the broken water treatment system in the middle of town would be a daily reminder of what happens when you put your trust in strangers.

Our goal in visiting the nearby village of El Tablón was to avoid this outcome at all costs. With the help from local grassroots organization ADEC (Agua y Desarrollo Comunitario), the community of El Tablón, and professionals in the field, my classmates and I were about to embark on a development project of our own.

Traditional international development is broken and has been for a while. Again and again, the same pattern follows: engineers go into a community, survey the area, and develop a design, while locals stand by expectantly awaiting the solution. When it comes to supplying freshwater, outsiders tend to show undue faith in silver bullet hydrology, which doesn’t take into consideration the daily routines and cultural practices surrounding water use.

We began our trek up a darkened volcanic hill with our guide, Isadora, leading the way to the remote village of El Tablón. You couldn’t find this community on a map if you looked with a microscope. Communities in rural Honduras aren’t formed by city planners; they evolve naturally. We made our way from household to household crawling through barbed-wire fences, hopping over wooden gates, and sometimes stopping in luscious green fields for fresh strawberries. 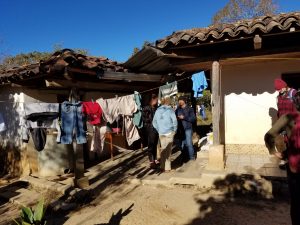 Members of the Illinois team on their walk through the village.

Our team was a motley crew, consisting of one skilled Honduran local, one soft-spoken graduate student acting as our translator, and four Illinois undergraduates more or less out of their depth — myself included. Spanish has never been my strong suit, which is why I could not have been more thankful to have our translator, Bernardo Vazquez Bravo. All day, he patiently listened to El Tablón residents discuss their problems with inconsistent water access.

As we approached our first house, I felt a mixture of excitement and low-grade panic. I had been told horror stories of communities whose faith in development aid had been broken by projects like the failed World Vision system nearby in Las Mesas. But I could not have been more pleasantly surprised to find two giggling women sitting on the front porch. We might have been outsiders, but we quickly realized the power of a smile and a wave in our interactions with the locals.

More than just speaking the language, intercultural communication is a performance. This became evident as we all stood around on the porch giving each other expectant glances, while one woman lounged in a hammock and the other rested on the steps.

“So, what do you use the water for? How much do you typically use in a day?” Maddy McNear, a member of my group, asked the women as Bernardo translated. I did the work of furiously scribbling their responses in my flower-adorned notebook. At first, the two women turned to each other to laugh awkwardly, but you could tell their responses were serious and thoughtful. Often you have to evaluate who’s saying what, and more importantly, the reason they’re saying it. This is when it dawned on me: the importance of creating trust. We needed community members to see us as friends, and not just strangers passing through, as was the case in Las Mesas. 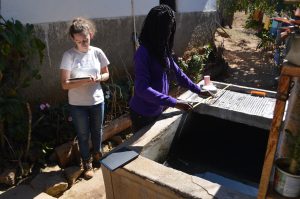 We became a part of the El Tablón community for a week. From day one, we ate breakfast, lunch, and dinner in their homes. We played with their children and socialized with their spouses. We even had the opportunity to attend church alongside our neighbors, who treated us with real kindness. On day four when I, and some others, started to feel sick and gave up eating, Magdolina came to our rescue like any good grandmother would, offering to cut up fresh watermelon and strawberries. She treated me with the same tenderness she offered her rambunctious grandson Emerson, whom you could often find chasing the family chickens while we lounged in dust-covered lawn chairs outside his adobe home. Emerson, like his grandmother, was always just as excited to see us as we were him. Each morning, he would stand next to the family’s truck and wait for our arrival, at which he would bolt back inside and alert the family. It only took us a couple of visits to start feeling like we were a part of the family.

The new filtration system in El Tablón was going to be gravity-fed, as this was an inexpensive, reliable source of energy. With just a little PVC piping and concrete, there would be a functioning water system in no time. This also meant that community members wouldn’t have to pay fees to maintain an electric pump. And for families like the Sanchezes, this was a crucial part of the design. As we stood on their porch, 92-year-old Roberto told us how thankful he was to still be alive and to have the ability to work the field, which surprised me given his cataracts, missing teeth, and general deafness. This didn’t seem to bother his wife Maria as she interpreted for her husband, all the while shucking corn. The family didn’t have enough money to get on the electrical grid when the German engineers came into the community a couple of years back. Roberto and Maria proceeded to tell us that times had gotten tougher in their old age and, after the death of their son, they just didn’t have the money to participate in the program. Feeling both heartbroken and inspired by the strength of this family, I waved to their 9-year-old granddaughter as she peeked around the corner of the porch, not sure who we were or what we were doing at her grandparents’ home. Isadora motioned for us to follow, as we worked our way down the mountain to the water wellspring. 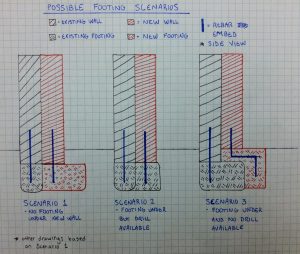 A U of I student design for new storage tanks.

Flow rate is a vital consideration when trying to provide drinking water for an entire community. To be reliable at all times of the day, the source not only needs to have a high flow rate, but the storage tank has to be large enough to compensate for flow deficit. Luckily, a source had been identified that had sufficient flow rate to do just that. Every morning, those living in the lower reaches of El Tablón could fill their “pilas” — household water catchment tanks — regardless of whether those at higher elevation had already collected their water. No longer would the Sanchezes have to turn on their tap not knowing if they would be greeted by the gurgling of water or deafening silence.

This good news came with a setback requiring some delicate diplomacy to overcome. Villagers themselves had identified another water source and were excited to use it, but upon inspection by our team, the same results wouldn’t yield: It just didn’t have enough water or pressure. This was a critical moment in our relationship with the community. Would our mutual trust survive their disappointment? We scheduled a meeting with the local water committee to discuss our findings.

As all parties — the water committee, ADEC, and our traveling group of engineers — sat down for a meeting at the Water House, an awkward silence fell upon the group. We had to tell the committee that we couldn’t use their new source and that concrete would have to be used in construction — another concern the locals had. But in a country where high-tech materials aren’t an option, concrete was our only choice. I, along with most of the students, sat under a tree outside the house while the meeting was conducted. Instead of overwhelming the seven members of the water committee with 20 foreign faces, we decided that a chosen few of the students should speak on behalf of all of us.

As the dialogue alternated between English, Spanish, and engineer-speak, tensions relaxed. Bernardo, our translator, explained in a calm and trustworthy tone to everyone that plans would have to change. Claudio, the water committee president, wearing a large, white cowboy hat, nodded in approval. You could tell, even from a distance, that Claudio appreciated being involved in the discussion. Despite his disappointment in not being able to use the source he had found, he respected our opinion and knew that we wouldn’t make the same mistakes for El Tablón that others had made for Las Mesas. Expectations would have to be modified, but the needs would still be met. Taking it in good grace, all parties agreed on what had to be done. Everyone shook hands, and the green light was given. 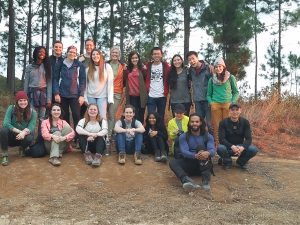 What did I learn from my week in El Tablón? The concept of development needs to be modified. The goal of these projects should never be about “developing” a place with top-down management. After my return, thousands of miles away in an office in the Department of Civil & Environmental Engineering at Illinois, I could hear the gurgling of a mechanized water pump giving life to a houseplant soaking up the sun in the window of Ann-Perry Witmer’s office. An expert in the cultural dimensions of engineering and leader of Engineers Without Borders on campus, she explained the new framework for international development projects: “We don’t go in with the idea of making the community look like us; we help make the community look more like them.”

Once you start introducing the lofty, abstract goals of development, like equity, alleviating poverty, and creating world peace, the process becomes over-complicated, she said. “It muddies the water so much that you can’t do the basics, and projects are destined to fail. You can be the smartest technical person in the world, and you take one little left turn socially or politically, and everything just goes to hell.”

In the brave new world of development, clever design and cultural communication go hand in hand. For me and my fellow students in Honduras, the water project at El Tablón was never just about just the system. It was also about getting to know a world outside our own, immersing ourselves in the unknown, learning to sink or swim. At the end of the day, what truly mattered was not just providing water, but empowering the people who would drink it. 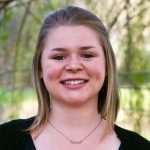 Taylor Jennings is a senior from St. Louis, Mo., with a double major in English and Global Studies. She became involved with the Honduras Water Project her sophomore year and has since continued her work at the nexus of culture and engineering with the organization Akelos. This article, based on fieldwork in Honduras, was written for ESE 498 in Spring 2018.